Jimmy Nunzio is tough wisecracking crime lord who has always evaded police. However, when the police were doing an inspection of a broken gate, they found Jimmy Nunzio caught with a knife in his hand over a dead body. The dead body belonging to her daughter's boyfriend who is also his archenemy.  Jimmy turns to master manipulator Mick McFarland to defend him in court.  Mick is struggling to find a not-guilty verdict for Jimmy who is a well-known killer. Jimmy is also refusing to shed light on the night of the incident.

Piper, Mick'swife, is working on a nonprofit case to prove Darlene Dowd didn't kill her father. Darlene was sentenced to life in prison after murdering her sexually abusive father. A new witness has come forward shedding light on the case and might be the key to Darlene's freedom.

This was my first legal thriller but, I do love watching legal shows on TV. I found the novel to be interesting but, a bit slow in the middle.  I was disappointed that some of the plot twists were very predictable. However, I still found the book to be an entertaining and enjoyable read. I look forward to reading the other two books in the series.

**Disclosure - I received a free  copy of this book in exchange for an honest opinion. This post may contain affiliate links which means I earn advertising and/or referral fees if you purchase an item through my link. Please note, there will be no extra charges to you. Thank you for your support.**

Praise for A KILLER'S ALIBI

"William Myers' riveting new novel is not just a crackerjack legal thriller, it is also a wrenching portrayal of a whole range of father-daughter relationships,showing how they can damage, how they nourish, how they go dangerously offtrack. A story not to be missed." ―NewYork Times bestselling author, William Lashner 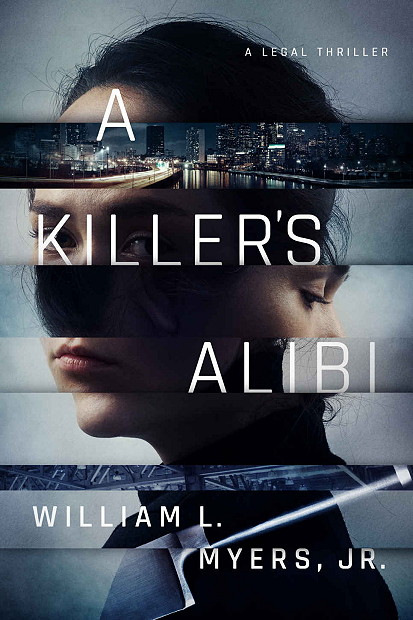 For attorney Mick McFarland, the evidence is damning. And so are the family secrets in this twisty legal thriller from the Amazon Charts bestselling author of A Criminal Defense.

When crime lord Jimmy Nunzio is caught, knife in hand, over the body of his daughter's lover and his own archenemy, he turns to Mick McFarland to take up his defense. Usually the courtroom puppeteer, McFarland quickly finds himself at the end of Nunzio's strings. Struggling to find grounds for a not-guilty verdict on behalf of a well-known killer, Mick is hamstrung by Nunzio's refusal to tell him what really happened.

On the other side of the law, Mick's wife, Piper, is working to free Darlene Dowd, a young woman sentenced to life in prison for her sexually abusive father's violent death. But the jury that convicted Darlene heard only part of the truth, and Piper will do anything to reveal the rest and prove Darlene's innocence.

As Mick finds himself in the middle of a mob war, Piper delves deeper into Darlene's past. Both will discover dark secrets that link these fathers and daughters--some that protect, some that destroy, and some that can't stay hidden forever. No matter the risk.

You can purchase A Killer's Alibi at the following Retailers: 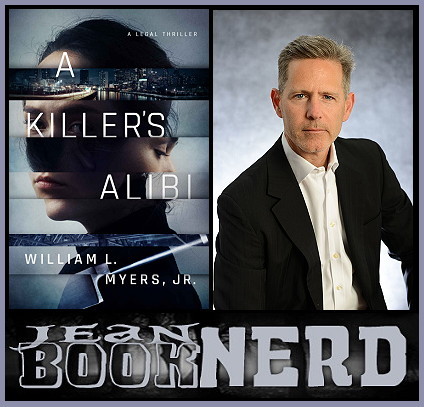 William L. Myers, Jr. is the No. 6 best-selling author for Amazon Kindle in 2017 for his debut novel, A Criminal Defense. That was the first in what has become the Philadelphia Legal Series. The third book in that series, A Killers Alibi debuts February 19, 2019.
A Killer’s Alibi has had rave early reviews including New York Times Bestselling author, Bill Lasher—

“William Myers’ riveting new novel is not just a crackerjack legal thriller, it is a wrenching portrayal of a whole range of farther-daughter relations, showing how they can damage, how they can nourish, how they go dangerously off track. A story not to be missed.”

Born in 1958 into a blue-collar family, Mr. Myers inherited a work-ethic that propelled him through college and into the Ivy League at The University of Pennsylvania School of Law. From there, Mr. Myers started his legal career in a Philadelphia-based mega defense firm. After ten years defending corporate America, he realized his heart wasn’t in it. So, with his career on the fast track to success--he gave it all up and started his own firm. It was time to start fighting for the common guy.

That was twenty-five years ago and since then, he has focused on representing railroad employees and other honest, hard-working people who have been injured by others. He has represented thousands of clients in his tenure and has become a highly-regarded litigation attorney up and down the Eastern Seaboard.