Book Review - This Is How I Lied by Heather Gudenkauf 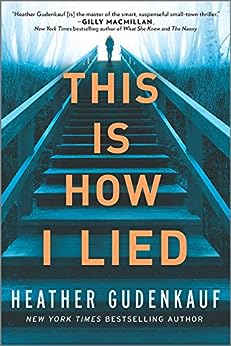 '
Nearly twenty-five years ago, Eve Knox, a young sixteen-year-old is found dead in the caves near her home in Grotto, Iowa. Eve's body was discovered by her best friend, Maggie, and Eve's sister, Nola. The police have a handful of suspects including Eve's boyfriend, Nick, but they lack solid evidence to convict anyone. The case has gone cold for years until one eventful day.

Maggie has been haunted by Eve's death and finding her body. Maggie is now a detective and seven months pregnant when she is thrust back to that night when new evidence emerges. Maggie is assigned to the case when it is reopened. As she begins to investigate, she discovers that someone knows more than they are letting on and they will stop at nothing to keep the truth buried.

I was really torn while reading this book. I didn't care for any of the characters and I didn't find the plot to be believable. When reading the book, I had a hard time believing Maggie was a detective. There was an incident that happened to her and it was never explained who was behind it and the book just chalked it up as "we will never know".  And then one of her neighbors in the community, she knows they are a pedophile that targets young girls and she knows that people like that never change but, she does nothing to try and stop it. The novel moves very slowly until a "bombshell" is dropped but, even then it doesn't redeem this tedious book.
Posted by Two Points of Interest at 9:00 PM