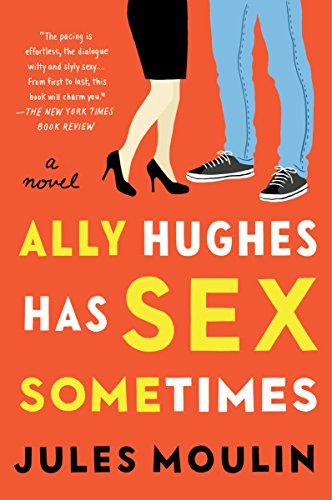 Ally Hughes is a single mother who has her hands full with teaching at Brown with a cranky boss. At home, she has to deal with an old house in desperate need of repair, a critical mother, and a genius daughter. Ally spends her times taking care of other people's needs and she barely has time to date or even entertaining the idea of finding someone.

She doesn't have time for a relationship and she isn't into flings. However, when she meets, Jake, all her best intentions are out of the window. Jake is her student and who wants Ally to open her heart and life to loving someone. Ten years later, Ally is still single. Jake reappears in Ally's life but, as the boyfriend of Ally's daughter.

This novel was a boring read. It feels like this was someone's romantic dream and they decided to create a novel behind it. The story is an fluff piece with boring and predictable characters. If you want to read a book with an abundant amount of sex but, with no story, this is the novel for you.