Book Review - A Flute in the Willows by Carole Brown


Jerry Patterson has a mission to protect his country regardless of what he has to do. When task to infiltrate a high ranking German household by wooing the sister, it seemed like a piece of cake. Normally, that wouldn't be a problem for Jerry but being that he's married and madly in love with his wife, it poses a few guilt fueled problems for him. However, after completing his mission he is injured and fears that his wife deserves someone who isn't "broken". While trying to acclimate to being back home,  he notices someone from his mission who has a malicious grudge against him following his family. Why is this person after Jerry? Will Jerry be able to work on his marriage with Josie?

I enjoyed the first half of the novel but towards the middle of the novel, I felt that the story dragged on. I wasn't sure why someone who is plotting revenge against someone was taking so long to do so, especially since his hatred seemed so deep seeded. There were a few parts of the story that felt convoluted and out of place. For example, one character was told a secret in front of two characters who wanted to hurt the first character but it didn't make sense why they would do it that way since it seemed very childish and gimmicky. It was an interesting story line which was a bit slow moving but I would read future works by the author.


Book Title: A Flute in the Willows
Author: Carole Brown
Genre: Historical, Romantic Suspense
Both rebels in their own way, Josie and Jerry Patterson must figure out how to keep the other’s love…and keep the German enemy at bay.
She has two loves—her skating and Jerry, her husband. But when he returns home looking like a skeleton trying to return to life, she’s scared. What happened in Germany to change a man so much? Has another woman captured his heart?
Jerry has vowed to let Josie live her own glamourous life…especially after what happened in Germany. But when his wife’s life is threatened, Jerry realizes he can’t stand by and do nothing. Jerry has to risk all for the very soul and life of himself—Josie.
These two damaged, rebellious people learn the hard way that leaning on God instead of their ownselves and abilities is the only true way to love and happiness. 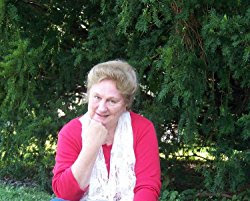 Besides being a member and active participant of many writing groups, Carole Brown enjoys mentoring beginning writers. An author of ten books, she loves to weave suspense and tough topics into her books, along with a touch of romance and whimsy, and is always on the lookout for outstanding titles and catchy ideas. She and her husband reside in SE Ohio but have ministered and counseled nationally and internationally. Together, they enjoy their grandsons, traveling, gardening, good food, the simple life, and did she mention their grandsons? 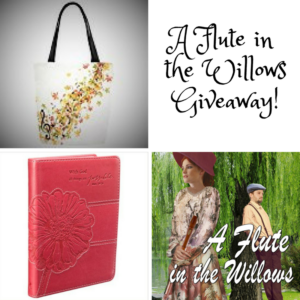 To celebrate her tour, Carole is giving away a grand prize of a canvas flowered/musical tote, a pink “All Things are Possible journal, and a copy of A Flute in the Willows (winners choice of print or ebook)!!
Click below to enter. Be sure to comment on this post before you enter to claim 9 extra entries! https://promosimple.com/ps/c9e2