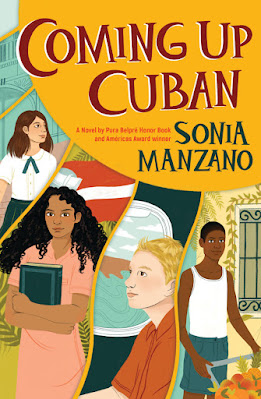 From Pura Belpré Honoree and Emmy-award winning actor Sonia Manzano--best known as "Maria" from Sesame Street--comes the expansive and timeless story of four children who must carve out a path for themselves in the wake of Fidel Castro's rise to power.

Fifteen-time Emmy Award winner and Pura Belpre honoree Sonia Manzano examines the impact of the 1959 Cuban Revolution on four children from very different walks of life. In the wake of a new regime in Cuba, Ana, Miguel, Zulema, and Juan learn to find a place for themselves in a world forever changed. In a tumultuous moment of history, we see the lasting effects of a revolution in Havana, the countryside, Miami, and New York. Through these snapshot stories, we are reminded that regardless of any tumultuous times, we are all forever connected in our humanity. 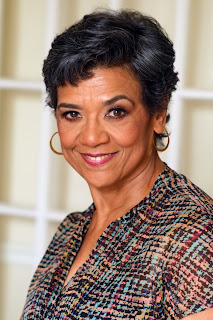 SONIA MANZANO is a groundbreaking Latina educator, executive television producer,  and award-winning children's book author. A first-generation mainland Puerto Rican, she  has affected the lives of millions of parents and children since she was offered the  opportunity to play “Maria” on Sesame Street (which she continued to do for 44 years,  from 1971-2015). Manzano has received 15 Emmys for writing television scripts, the  Congressional Hispanic Caucus Award, the Hispanic Heritage Award for Education, and a  Lifetime Achievement Award from the Academy of Arts and Sciences. People magazine  named Sonia one of America's most influential Hispanics. Her critically acclaimed  children's books include The Revolution of Evelyn Serrano, which won a Pura Belpré  Honor Award, and the stunning young adult memoir Becoming Maria: Love and Chaos in  the South Bronx. Currently she is working on Alma's Way, an animated series with Fred  Rogers Productions that will air on PBS. Manzano resides in New York City with her  husband Richard Reagan, whom she married in 1986, and their daughter Gabriela.

1 winner will receive a finished copy of COMING UP CUBAN, US Only. 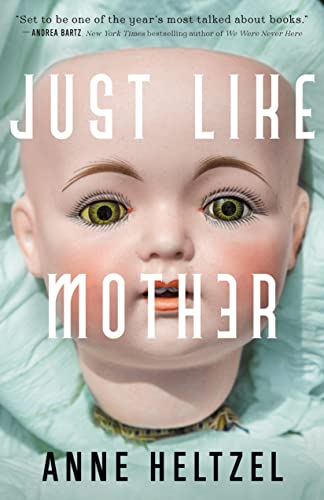 The last time Maeve saw her beloved cousin, Andrea, was two decades ago when Maeve escaped the cult they were raised in. Maeve has worked hard to put her past life behind her and start a new life in New York City. She tries to keep everyone at arms length to prevent getting hurt again.

One day, Andrea appears in her life again. Maeve feels that she regain a part of herself that she was missing. She spends all of her free time at Andrea's remote Catskills estate. Maeve meets Andrea's wealthy work friends who disapproves of her single lifestyle. She is surprised to learn that Andrea made her fortune in the fertility industry after what happened in their past.  As Maeve spends more time with Andrea, she realizes that her cousin is trigger memories that Maeve fought hard to forget.

The only thing scary about this disappointing book is the cover. The book was boring and very predictable until the end. There wasn't a single likeable character in the entire novel. I found that ending could be seen a mile away and this book felt like torture reading until the very end.

Book Spotlight - Myracles in the Void Part of: Myraverse by Wes Dyson + Giveaway 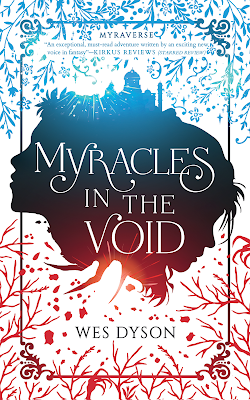 "He used to say, 'a broken heart breaks all around it. Heal you, heal the world.'"

There once were two children,
a girl and a boy.
One could create,
the other, destroy.

Within every heart lies the power to bond or break.

On an isolated port of floating garbage called Hop, Gaiel Izz and his sister, Lynd, never imagined they’d be able to change anything…

Not their nasty neighbors, not their hungry bellies, and especially not their missing father.

That will change when they discover the power of myracles — magic that either creates or destroys.

As the brother and sister set across Esa to bring their family back together, this power will either unite them or shatter their entire world to pieces.

Explore the Myraverse and meet the characters here! 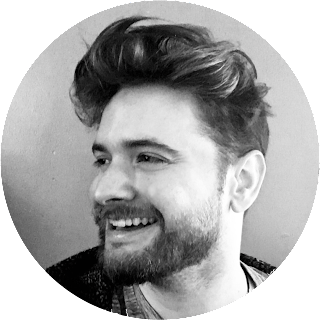 Wes Dyson is a creative marketer and dog-daddy of four Pomskies living in Western MA. He loves classical music and earthy, grass-tasting tea.

3 winners will receive an eBook of MYRACLES IN THE VOID, International. 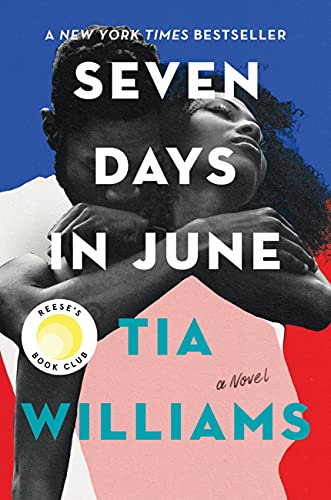 Eva Mercy is a single mother and bestselling writer who is feeling stressed across all avenues of her life. Shane Hall is a reclusive award winning novelist who decides to show up in New York one day.

Eva and Shane meet unexpectedly at a literary event causing sparks to fly and raises the curiosity of the Black literati. What most people don't know is that fifteen years earlier, teenagers Eva and Shane spent one week madly in love with each other. As adults, they pretend not to know each other but, they can't deny that they have chemistry and are drawn to each other. They also use each other as inspiration for their characters in their books for years.

One week in June, Eva and Shane reconnect their steamy romance again. Eva  is wary of Shane because he broke her heart and she wants to him out of her life but, not before she gets a few things out of her system.

The book was an entertaining read and had the makings of an epic love story. The bond that Eva and Shane had were made during turbulent times but, also strengthened during trying times. I didn't like that when they broke up the one time because Shane had an emergency. I feel like why didn't he call her when he realized that he had made mistake. He realized that he needs her in his life but, is afraid to communicate how he made a mistake during a horrible tragedy. I feel like this a common writing ploy where the author makes a character not forthcoming about admitting their mistakes when it happens but,  waits until last minute to try and make a "grand gesture". 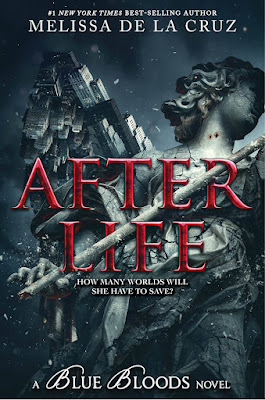 The Blue Bloods are back…more fanged and fabulous than ever.

After defeating Lucifer and sacrificing the love of her life, Jack, Schuyler wakes up back in New York safe and sound. Only it’s not quite the New York she knows, and she’s not in her regular body. She looks different and feels different and so does everyone else. Schuyler soon discovers that in this world, her best friend has a different last name, her parents are both alive and well and one of them is an entirely different person, and the love of her life? Not so dead after all. The catch? Jack has no idea who she is.

As it turns out, Schuyler is not in her New York. She’s not even in her universe. This is an alternate reality. One where Lucifer is alive and well and acting as mayor of New York, Blue Bloods are luring humans to clinics to drain their blood, and Jack is Lucifer’s right hand man. Just when she thinks all is lost, Schuyler is contacted by a familiar friend―the Silver Blood, Kingsley. The Kingsley from her world. He actually remembers the Schuyler she used to be! But he also has a theory, and it’s one she doesn’t like. That Schuyler was sent here to defeat Lucifer. Again. And that she’s the only person in this universe or any universe that can defeat him.

New to the BLUE BLOODS world? Read the original series and the spin off books now! 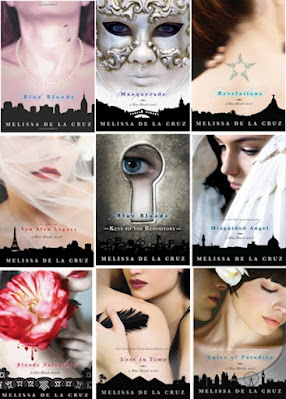 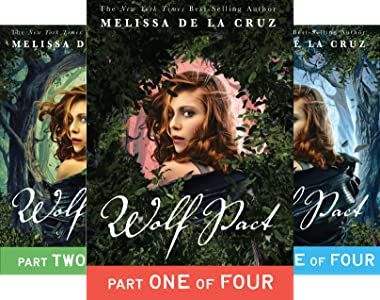 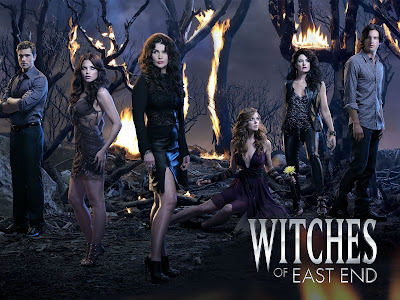 Stream the WITCHES ON EAST END TV series on Hulu or watch on Prime Video! 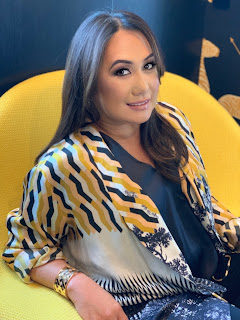 Melissa de la Cruz is the author of the #1 New York Times best-selling Descendants series, as well as many other best-selling novels, including Alex & Eliza and all the books in the Blue Bloods series: Blue Bloods, Masquerade, Revelations, After Life, The Van Alen Legacy, Keys to the Repository, Misguided Angel, Bloody Valentine, Lost in Time, and Gates of Paradise. She lives in Los Angeles, California, with her husband and daughter.

1 winner will win a finished copy of BLUE BLOODS: AFTER LIFE, US Only.