Book Spotlight - The Trouble with Robots by Michelle Mohrweis + Giveaway 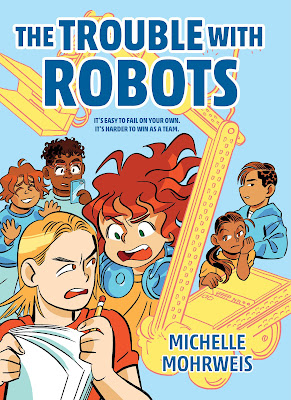 Title: THE TROUBLE WITH ROBOTS

Evelyn strives for excellence. Allie couldn’t care less. These polar opposites must work together if they have any hope of saving their school’s robotics program.

Eighth-graders Evelyn and Allie are in trouble. Evelyn’s constant need for perfection has blown some fuses among her robotics teammates, and she’s worried nobody’s taking the upcoming competition seriously. Allie is new to school, and she’s had a history of short-circuiting on teachers and other kids.

So when Allie is assigned to the robotics team as a last resort, all Evelyn can see is just another wrench in the works! But as Allie confronts a past stricken with grief and learns to open up, the gears click into place as she discovers that Evelyn’s teammates have a lot to offer—if only Evelyn allowed them to participate in a role that plays to their strengths.

Can Evelyn learn to let go and listen to what Allie has to say? Or will their spot in the competition go up in smoke along with their school’s robotics program and Allie’s only chance at redemption?

An excellent pick for STEAM enthusiasts, this earnestly told narrative features a dual point of view and casually explores Autistic and LGBTQ+ identities.

"Full of girl power without ever showing them as outsiders in robotics because of their gender, this brings a diverse team to the page and shows the various skills needed to make a team succeed."—Booklist

"Unsubtle but not overwrought, with genuinely inspiring kindness and collaboration found amid pain."—Kirkus Reviews 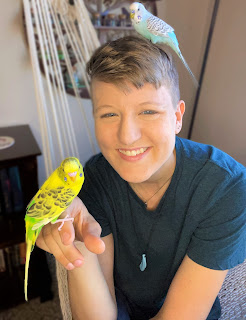 Michelle Mohrweis is a STEM Educator and space enthusiast. When not writing, they can be found launching paper rockets down the middle of their street. They live with their husband and two dogs in Colorado, where they enjoy hiking and hogging all the best spots beside the heater when it gets too cold. Follow them on Twitter @Mohrweis_Writes and visit them on the web at MichelleMohrweis.com.

1 winner will receive a finished copy of THE TROUBLE WITH ROBOTS, US Only. 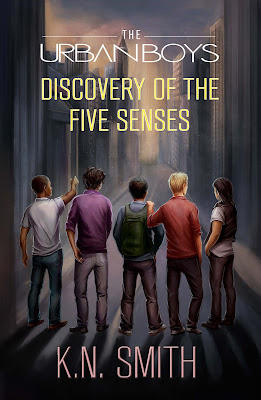 Title: DISCOVERY OF THE FIVE SENSES (The Urban Boys #1)

Welcome or unwelcome. Fate has arrived.

"A captivating and poetic tale of mystery, fantasy, and reality tied together by action!" 5-stars, Lars Jackson, Amazon Customer

A suspenseful incident in a forbidden preserve heightens the senses of five friends. Sight, sound, touch, taste, and smell become super-gifts that forever change the world. But furious battles confront the boys as they try to understand their sensory super powers in a race to save mankind. With light beings and mysterious strangers complicating their plight, can the boys defeat the evil Druth before it’s too late? Get prepared for the twisting and grinding of this award-winning, action-adventure story — an edge-of-your-seat narrative for young and mature readers alike.

"Author K.N. Smith uses her mastery of the written word to weave an entrancing, yet powerful tale of adventure that keeps you turning pages in an unquenchable desire to find out what happens next." - Publishers Daily Reviews

"Well written and very creative, 'Discovery of the Five Senses' is an absolute must-read for fans of novels such as Percy Jackson, Harry Potter, etc." - Anabella Johnson, Indie Book Reviewers

"K.N. Smith has an incredible way with words; her descriptions are vivid; you see what the characters are seeing, you feel what they are feeling; you feel like you are there." - Cody Brighton, Indie Book Reviewers

"A wonderful and deeply written emotional adventure." - Self Publishing Review

"K.N. Smith's articulate word imagery is all that is needed to transport readers to a mysterious world. Make the time to connect with this piece of literary prowess. You will not regret it." - V. McDermott, Educator, English Teachers Association of Queensland, Australia 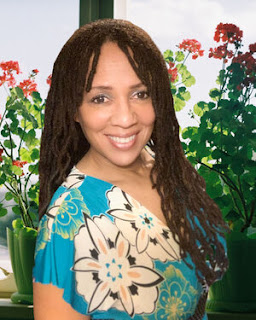 K.N. Smith, winner of the “Best of” in the category of “Outstanding Young Adult Novel” at the Jessie Redmon Fauset Book Awards, is an author and passionate advocate of literacy and arts programs throughout the world. Her lyrical flair sweeps across pages that twist and grind through action-adventure and urban fantasy in edge-of-your-seat narratives. K.N. has over twenty-five years’ experience in communications and creative design as an award-winning consultant. Reading is still her foremost hobby. K.N. inspires people of all ages to reach their highest potential in their creative, educational, and life pursuits. Visit K.N. Smith at www.knsmith.com. 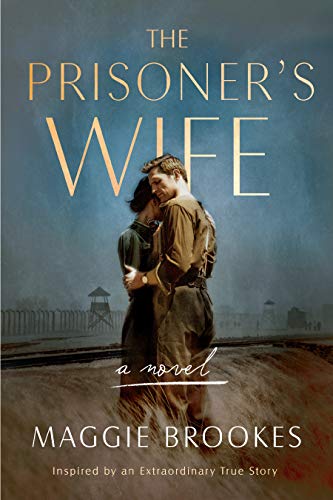 Izabella, a Czech farm girl,  and Bill, a British prisoner of war,  fell in love during the war and decide to get married and go on the run. In the middle of the night, they travel through the countryside to avoid being captured. Izzy is dressed as a man to avoid detection and the punishment for her act of treason. The duo were able to evade capture until they were cornered by Nazi soldiers and tracking dogs.

Izzy's disguise works and the Nazi assumes that the pair are escaped British soldiers. They are transported to a POW work camp. Together as newly weds, they face deplorable living conditions along with the constant fear that Izzy will be exposed. In the middle of darkness, comes a small beacon of hope as the couple befriends a small group of prisoners. The group of men become their new family as they are willing to sacrifice everything to save Izzy from being discovered.

The novel is inspired by a true story and I thought it would be an endearing read about hope during one of history's darkest moments. However, I was sadly disappointed how boring this novel was. I have read many historical fiction books before but, this book barely had any story to it. It was mostly describing the living conditions of the camps and the people Izzy and Bill have met. I felt like it quickly got repetitive to the point of boredom. I had a hard time connecting with Izzy as a person. As readers, we rarely got to see and feel her plight and the danger of her exposure or learn anything about her and Bill. I was more than 80% done before, I called it quits on this book.

Kat Van Tassel doesn't want anything to do with Sleepy Hollow and it's ghostly history. However, things doesn't go as Kat plans. She receives the original Katrina van Tassel's diary on the two hundredth anniversary of the Headless Horseman's original haunting. As Kat reads Katrina's diary, she notices a few events from Kat's past starting to merge with her present. Then Kat comes across a mysterious stranger who has Kat questioning everything she thought was true. 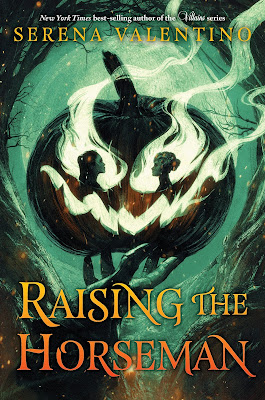 From the New York Times best-selling author of Disney’s Villains series comes a ghostly new stand-alone novel that reimagines The Legend of Sleepy Hollow through the eyes of a modern teen.

The two-hundredth anniversary of the Headless Horseman's legendary haunting of Sleepy Hollow is approaching, but Kat van Tassel wants nothing to do with the town's superstitious celebrations. As a descendant of the original Katrina van Tassel, Kat knows she’s expected to fulfill her ancestor’s legacy by someday marrying her longtime boyfriend and running the prestigious family estate. But Kat dreams of a life outside Sleepy Hollow.

Then Kat meets Isadora, a new girl in town who challenges Kat to reexamine those expectations, opens her eyes to the possibility that ghosts are real, and makes her question who she truly wants to be . . . and be with.

When Kat is given the original Katrina’s diary, a new legend begins to take shape, one that weaves together the past and the present in eerie ways. Can Kat uncover a two-hundred-year-old secret, and trace its shocking reverberations in her own life, in time to protect what she truly loves?

Fans of Serena Valentino will delight in this supernatural coming-of-age tale that finally gives the women of Sleepy Hollow a chance to tell their side of the story.

“A sweet retelling of a spooky classic.”―Kirkus Reviews 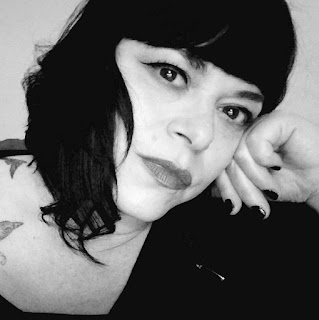 Serena Valentino has been weaving tales that combine mythos and guile for the past decade. She has earned critical acclaim in both the comic and horror domains, where she is known for her unique style of storytelling, bringing her readers into exquisitely frightening worlds filled with terror, beauty, and extraordinary protagonists. The books in her best-selling Villains series are best enjoyed when read in the following order: Fairest of All, The Beast Within, Poor Unfortunate Soul, Mistress of All Evil, Mother Knows Best, Odd Sisters, Evil Thing, Cold Hearted, and Never Never. She is also the author of the Villains graphic novels Evil Thing and Fairest of All.

1 winner will receive a finished copy of RAISING THE HORSEMAN, US Only.