Book Review - To Claim Her Heart by by Jodie Wolfe + Giveaway

On the eve of the great race for land, Benjamin David prays that God will lead him to his "Promised Land".  He wants to use his property to preach and as a way of honoring his deceased fiancée. However,  he didn't count on Elsie Elmer Smith on claiming the same plot. The plot is also Elsie's only hope for survival and it is a plot her pa marked for her. When they both refuse to move and bitterness between them sink in, will one of them give up their land?

I like the characters are both strong individuals who are searching for love. However, they are not willing to compromise on their character or goals. I like the historical details especially about the landrace and furnishings of their homes. I found this to be an enjoyable read.

Title: To Claim Her Heart
Author: Jodie Wolfe
Release Date: May 14, 2018
Genre: Historical Romance
In 1893, on the eve of the great race for land, Benjamin David prays for God to guide him to his ‘Promised Land’. Finding property and preaching to the lost are his only ways of honoring his deceased fiancee, but he didn’t count on Elmer (Elsie) Smith claiming the same plot and refusing to leave. Not only is she a burr in his side, but she is full of the homesteading know-how he sadly lacks.
Obtaining a claim in the Cherokee Strip Land Run is Elsie Smith’s only hope for survival, but not just any plot will do. She has a specific one in mind. The plot’s not only a way to honor her pa and his life, but also to provide a livelihood for herself. Elsie’s willing to do whatever it takes to get that piece of property, and she determined to keep it, but she wasn’t planning on a kind, handsome preacher standing in her way.
Her bitterness is what protects her, and she has not intentions of allowing that preacher to lay claim to her land … or her heart.

Jodie Wolfe got bitten by the writing bug as a young girl after reading and watching Little House on the Prairie. She creates novels where hope and quirky meet. The power of story to influence lives and change hearts is what motivates her to weave tales that tell of the Savior’s faithfulness and forgiveness. When not writing, she enjoys spending time with her husband in Pennsylvania, reading, walking, and being a Grammie. Learn more at www.jodiewolfe.com. 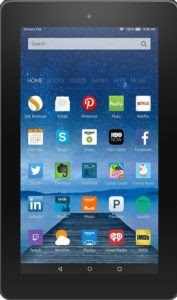 To celebrate her tour, Jodie is giving away a grand prize of a Kindle Fire!!
Click below to enter. Be sure to comment on this post before you enter to claim 9 extra entries! https://promosimple.com/ps/cf88/to-claim-her-heart-celebration-tour
Posted by Two Points of Interest at 12:00 AM