Book Review - Chaos in the Blink of an Eye: The Prequel by Patrick Higgins + Giveaway


The weekend before Thanksgiving more than a hundred thousand people are watching the game of the century at Michigan Stadium. Just before the game starts, a prophecy described in the Bible begins to unfold. Millions of people begin to vanish into thin air. Chaos and panic are filling the heart and mind of people everywhere.


This novel is the prequel to the series. I haven't read the other book in the series. However, I felt that this book was completely unnecessary. As it only introduces the readers to the characters and only towards the end of the book does the prophecy come through while leaving readers at a cliffhanger. This novel could have been better used if it actually showed why the prophecy finally occurred instead of just setting the mood for the next book.

It was the weekend before Thanksgiving. More than 100,000 fans were jammed inside Michigan Stadium, on their feet, to witness a heated football rivalry that had spanned more than 100 years. As the football was kicked into the snow-filled sky, they were about to get the shock of their lives, as long-foretold Bible prophecy came to pass before their very eyes, causing many to vanish into thin air without a trace.

But what they soon realized was that it reached far beyond Michigan Stadium. Chaos of unimaginable proportions ensued worldwide. Shock, fear and panic filled each heart and mind. It was just the beginning of things to come, as life as humanity had known it was forever changed in the blink of an eye… 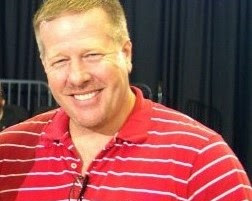 Patrick Higgins is the author of The Pelican Trees, Coffee In Manila, the award-winning The Unannounced Christmas Visitor, and the award-winning prophetic end-times series, Chaos In The Blink Of An Eye. While the stories he writes all have different themes and take place in different settings, the one thread that links them all together is his heart for Jesus and his yearning for the lost.
With that in mind, it is his wish that the message his stories convey will greatly impact each reader, by challenging you not only to contemplate life on this side of the grave, but on the other side as well. After all, each of us will spend eternity at one of two places, based solely upon a single decision which must be made this side of the grave. That decision will be made crystal clear to each reader of his books.

Higgins is currently writing many other books, both fiction and non-fiction, including a sequel to Coffee In Manila, which will shine a bright, sobering light on the diabolical human trafficking industry. 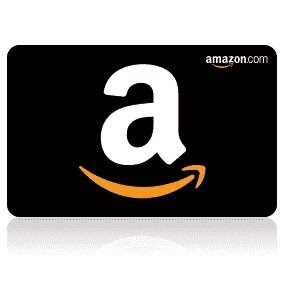 To celebrate his tour, Patrick is giving away a grand prize of a $50 Amazon gift card!!
Click below to enter. https://promosimple.com/ps/d0a3/chaos-in-the-blink-of-an-eye-celebration-tour-giveaway
Posted by Two Points of Interest at 12:00 AM