In 1891, Rachel is trying to survive the cruel winter in Chicago. She left her simple, quiet farm life to become a teacher in Chicago, but when things don't go as she planned. She ends up taking a job as a laundress at a local asylum. As the asylum's laundress, Rachel is able to access the deepest and darkest crevices of the asylum such as the labyrinthine like basement. During a particularly bad winter day, Rachel is unable to return to the boarding home that night and spends a night in the employee area of the asylum. However, Rachel witnesses a devastating secret that might put her very life in grave danger.

Jeremy, Rachel's brother is busy trying to get settled down that he barely has time for anything. But when he receives a letter from their mother desperately asking Jeremy to check on Rachel since no one has heard from her since she left the farm. Jeremy will stop at nothing to find his little sister since he feels responsible that he didn't check in on her sooner. Will Jeremy be able to find Rachel? What is the secret that Rachel stumbled into?

The novel gives readers a glimpse of the dark nature of asylums during the 19th century. It depicts the condition and hardships some of humanity's most vulnerable must have faced on a daily basis. The book was a captivating read and it kept me on the edge of my seat. It was filled with a strong cast of characters who are willing to do what is right regardless of their station in life. The novel is the second book in the series and can be read as a stand alone.

Book Title: Soul’s Prisoner
Author: Cara Luecht
Genre: Historical fiction with some suspense and romance
Release Date: December 15, 2015
Chicago, Winter, 1891
Rachel is in danger. She’s seen too much.
She creeps along the cement walls through the dank underbelly of the asylum. She’d never planned to leave her quiet farm life, never thought she’d find a place in the city, never imagined she’d be in the kind of danger that would have her cowering in Dunning’s cold, labyrinthine basement.
Jenny has finally found her place. After a childhood of abuse, she has friends, a real job, and her only wish is to give her adopted son the kind of life she never had.
A life of stability, without the risk and uncertainty of a father.
But when Jeremy, Rachel’s brother, stumbles into their warehouse, asking for help to find his missing sister, Jenny’s carefully constructed life begins to crumble. 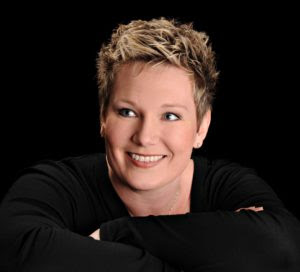 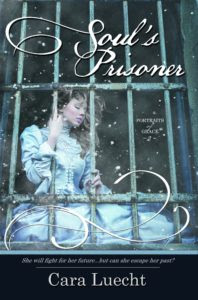 To celebrate her tour, Cara is giving away a grand prize of a signed copy of Soul’s Prisoner and sketching art supplies!!
Click below to enter. Be sure to comment on this post before you enter to claim 9 extra entries! https://promosimple.com/ps/cb74