Callie Zimmerman wants more from the world that she is offered. She works in the mission field in Haiti but, she feels like she has a higher purpose. Callie is raised by her aunt and overprotective uncle, who believes that only the men can sere the community while, the women take care of the housework. Callie receives a letter from someone in the US, who knows about Callie and her parents who were excommunicated from the church. Then, her childhood friend, Noah expressed interest in marrying Callie. Callie struggles with staying home and starting a future with Noah or finding out more about her parents. Will Callie's past risk her future? Will Callie be able to find her happy ending?

I found the book to an interesting and encouraging read. I have been in situations where I don't know what the next steps would be and if following my heart would be leading me down the wrong path. It was interesting to read that Callie was contemplating so many different paths. However, it showed that if we have faith, the path we are meant to take will appear. I thought the book was well written and talk about very important topics such as domestic abuse and obedience.

Title: Tremors of Doubt
Author: Lael Harrelson
Genre: Contemporary Amish Alternative
Release Date: March 19, 2018
Would the will of God ever lead a young woman against the counsel of family and church? For a young Mennonite woman who wants to make a difference in the world, growing up on the mission field in Haiti should be the perfect fit. But not for Callie Zimmerman. Raised by her aunt and uncle after the death of her parents, Callie works beside her aunt cooking, cleaning and sewing each day as the men head off to serve the community. She longs to do more to alleviate the poverty and sickness that surrounds her, but tradition and her uncle forbid it. On the eve of her twenty-third birthday, struggling with hopelessness as another year passes, Callie pleads with God to open a door for her. The prayer has barely left her mouth when she finds a stack of letters with secrets about her parent’s deaths and their excommunication from the Mennonite church. Devastated, Callie cries herself to sleep, only to be awakened a few hours later by her uncle with the startling news the Noah Koehn has asked permission to court her. Is one of these the answer to her prayer? Would exploring her parents past mean losing a future with Noah? Is it worth the risk? 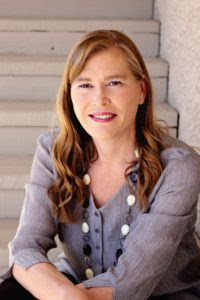 Raised by a fun loving, atheist single mom who struggled with depression and mental illness I spent my childhood backpacking around Europe, visiting yoga communes, eating vegan, living on a houseboat, then an old pony express outpost in the backwoods of Montana. My teen years took a drastic turn when my mom got saved, got married, and joined an ultra-conservative Mennonite church. Faith, step parents and unquestioning obedience is a dangerous combination when mixed with mental illness, legalism, and heavy handed physical correction.

I became a confused believer with a heart for Jesus but drowning under a sea of rules, regulations, and legalism. I became a missionary teacher and then a nurse and escaped to the mission field, the one avenue open to single women. I taught VBS on Indian reservations, led school for missionary children in Haiti and Africa. All around me was heartache and disease and glaring need. I longed to make a difference but was limited to working on the mission compound – teaching, cooking, cleaning. Work outside the walls of the compound was reserved for the men.

On a furlough, I met my future husband – a new believer who wasn’t looking for a door mat in a wife but a partner. As he grew in his faith, I reexamined mine and what Biblical womanhood looked like. Timidly at first, but then eagerly, as I discovered a new relationship with Jesus Christ based on grace and not performance. I left the Mennonite church and married the love of my life twenty years ago. We have five beautiful teenagers, two by birth and three through adoption from Haiti. My husband is adopted and God used my time in Haiti to prepare me to understand my children’s culture and language and ease their transitions home.

Two people in my family have mild Asperger’s and one has Reactive Attachment disorder, PTSD, and ODD. Our house is not a quiet, well greased machine but a chaotic, happy, crazy, nerve racking, love filled oasis where we all try to help each other grow and thrive. I am so thankful for my life – the good and the bad. I feel blessed to have experienced so many unique situations and to love and be loved by so many wonderful and eccentric people. It is from these experiences I draw the fiction stories I write. I like to think of them as fiction with grit – fast paced and entertaining stories that make you want to read till the very last page while at the same time tackling real life issues – legalism, abuse, divorce, adoption, Asperger syndrome, mental illness, etc.

To celebrate her tour, Lael is giving away a grand prize of an autographed copy of Tremors of Doubt, an adorable set of Amish dolls, a set of handwritten recipe cards with mouthwatering Amish recipes, a handmade Haitian bracelet made by Haitian students, a pound of nationally acclaimed Haitian coffee, a bar of rich Haitian chocolate, and a $25 Amazon gift card!!
Click below to enter. Be sure to comment on this post before you enter to claim 9 extra entries! https://promosimple.com/ps/d06c/tremors-of-doubt-celebration-tour-giveaway
Posted by Two Points of Interest at 12:00 AM