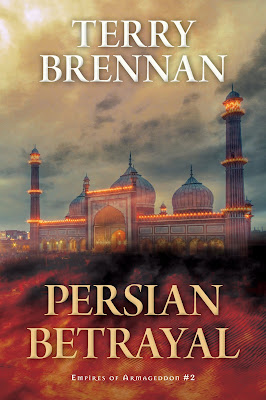 About the book:
How much can Brian Mullaney risk to serve God and save lives--without losing his own?
DSS Regional Security Officer Brian Mullaney has been tasked with an incredibly dangerous mission. When a synagogue in Jerusalem is destroyed by an explosion, burying the second key prophecy Mullaney is hunting--and the deadly box that protects it--the answers he desperately needs are also crushed. How can he discover the meaning of the centuries-old prophecy now? Why are he and the ambassador he’s assigned to protect being targeted? And is there any way this lone man can thwart a nuclear arms race between three ascendant empires of the past?
An otherworldly servant of evil known only as the Turk is maneuvering all three nations into an intricate dance designed to undermine prophecy about the end times. And he won’t let Mullaney or anyone else get in his way.
Wounded in a bloody shoot-out, pressured by his wife to come home, and mourning the death of his best friend, Mullaney doesn’t need a powerful enemy. Who is he to save the Ishmael Covenant, the treaty promising peace in the Middle East? Despite angelic intervention, Mullaney wants nothing to do with his final assignment. But without him, evil will win the ultimate struggle . . . and humankind will have no hope left. 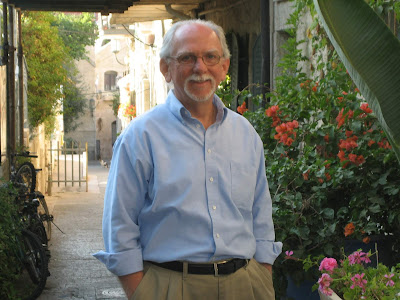 About the author:
Terry Brennan is the award-winning author of The Sacred Cipher, The Brotherhood Conspiracy, and The Aleppo Code, the three books in The Jerusalem Prophecies series. His latest series is Empires of Armageddon, which includes Ishmael Covenant and Persian Betrayal.

A Pulitzer Prize is one of the many awards Brennan accumulated during his 22-year newspaper career. The Pottstown (PA) Mercury won the Pulitzer Prize for Editorial Writing for a two-year series published while he led the team as the newspaper’s Editor.

Starting out as a sportswriter in Philadelphia, Brennan became an editor and publisher for newspapers in Pennsylvania, Illinois, and New York and later moved to the corporate staff of Ingersoll Publications (400 newspapers in the U.S., Ireland and England) as Executive Editor of all U.S. newspaper titles.

In 1996, Brennan transitioned into the nonprofit sector, spending 12 years as VP Operations for The Bowery Mission and six years as Chief Administrative Officer for Care for the Homeless,  both in New York City.

Terry and his wife, Andrea, now live in Danbury, CT.

More on Brennan can be found at www.terrybrennanauthor.com. He is also on Facebook (Terry Brennan) and Twitter (@terrbrennan1).


a Rafflecopter giveaway
Posted by Two Points of Interest at 12:00 AM