Book Review - The Anatomy of Desire by L.R. Dorn 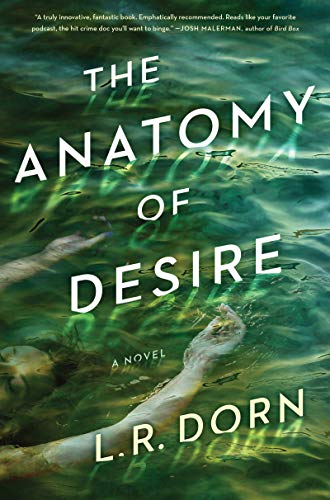 Claire Griffith has it all. She rebranded herself as Cleo Ray and has a thriving influencer business, a successful boyfriend, and glamorous friends. Cleo knew she was meant for more than her super-strict religious parents preached to her. She arrives to Los Angeles and is completely broke. She climbs her way up to being a popular fitness coach and social media influencer. She is on her way to realizing her biggest dreams and getting everything she ever wanted.

Beck Alden and Cleo went on a canoe trip on a serene mountain lake one summer day. An hour later, Beck is found dead in the water Cleo is missing. The police suspect foul play and concentrate on locating Cleo because someone matching her description was found running away from the lake.  The news of Cleo's involvement goes viral and people are feverishly following the case.

I was a bit torn on this book. The format was interesting and I felt like it added a bit of "drama" to the story and that we were reading an actual court transcript. However, I found it annoying to keep track of who was talking at times. Sometimes, that broke the flow for me. I felt like sometimes, the story felt off-kilter because they had Chloe's perspective when they were describing the crime. I felt that there wasn't much of a plot but a constant rehash of the same bits of story.
Posted by Two Points of Interest at 9:00 PM