Book Review - What You Don't Know by Merry Jones + Giveaway


Nora Warren is an expert at hiding her dark side because she's has years of practice. She is the wife of a prominent lawyer and the mother of two small girls. She is able to hide her true nature of being a murderer. Nora feels responsible around her older brother's suicide decades earlier. She kept his existence a secret even, what really happened that day he died.

Nora suspects her husband, Dave of having an affair. She believes it's the wife of a US Senate candidate. However, when her friend's body is discovered, Nora is reminded of her own secrets. When her friend's death is ruled a suicide, how far will Nora go protect her life?

Personally, I thought the summary gave away more than it should because we didn't find out about her friend's death more than one-third of the way in. The story was interesting as it switched from the past and the present. Overall, I thought the novel was a "disturbing" read as we get to learn more about Nora.

"...thrill ride...packs a wallop. By the end, the body count of Child's Play adds up to eight (plus one rape), and delivers the shocking answer." ―Mystery Scene on Child's Play

"Surprising, dark, and even disturbing. A fragile and vulnerable young teacher faces a terrifying first day of school―and that is just the riveting beginning. Timely, provocative and sinister, this twisty story of family and friendship is not for the faint of heart." ―Hank Phillippi Ryan, Agatha, Anthony, and Mary Higgins Clark Award-winning author on Child's Play

"What's behind these horrors culminates in helter-skelter chaos. Elle's home becomes the center of a tragic universe, since she 'attracted tragedy and death.' That combination is magnified many fold as bodies pile up. And readers are left enchanted by another 'Elle-oquent' thriller." ―BookReporter on Child's Play

"The murder of the principal and a teacher on opening day at an elementary school, a terrifying scenario. In Child's Play Merry Jones showcases her unique skill in delivering this dark, very dark, thriller with a modicum of humor. The end, well, you won't see it coming amid the tortuous twists and turns. Merry Jones at her best!" ―Patricia Gussin, New York Times best-selling author of After the Fall on Child's Play

“In Jones's fast-paced third Elle Harrison novel (after 2014's Elective Procedures), the Philadelphia second-grade teacher believes that she failed Ty Evans, a former student who later confessed to killing his abusive father, but she hopes to redeem herself with his younger brother, Seth, now enrolled in her class. With Ty newly released from juvenile detention and clashing with their alcoholic mother, Seth's home life is unstable. When the draconian school principal and a humorless teacher―both of whom treated Ty cruelly―are murdered, Elle is torn between belief in his innocence and her desire to protect Seth. Meanwhile, the realtor charged with selling her house becomes increasingly aggressive, and when someone drugs and rapes Elle, she doesn't know whether to suspect the realtor or the killer. The identities of the rapist and murderer are obvious well before Elle or other characters identify them. Still, Elle's complex feelings toward her late husband―who was murdered while they were separated―add nuance and depth." ―Publishers Weekly on Child's Play 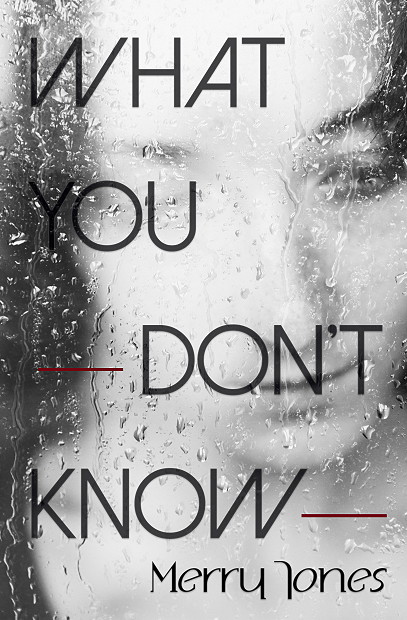 Nora Warren hides her dark side well because she's had years of practice.

The wife of a lawyer and mother of two girls, she slides under everyone’s radar, never revealing what she really is—a murderer.

Nora’s plagued by the secrets surrounding her older brother’s suicide decades earlier. Yet she lives as though he never existed.

Now, in her thirties, Nora suspects her husband, Dave, is having an affair with her friend, the wife of a leading US Senate candidate. When her friend’s body is discovered—another apparent suicide—Nora is left with haunting secrets and choices that dredge up her grim nature, the side of herself that no one ever sees. Will she act on her impulses? Mustn’t she?

How far will Nora go to protect the life she has built for herself?

You can purchase What You Don't Know at the following Retailers: 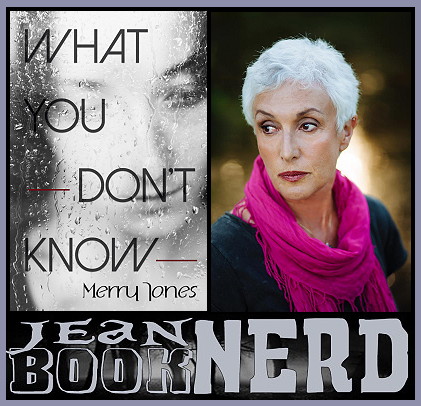 
Merry Jones is an award winning author who has written humor (eg. I LOVE HIM, BUT...), non-fiction (eg. BIRTHMOTHERS), and dark suspense (eg. the Zoe Hayes mysteries, the Harper Jennings thrillers, and the Elle Harrison suspense novels). Now, with her twentieth book,WHAT YOU DON'T KNOW, she's entering the domain of domestic psychological suspense. Jones taught college writing courses for fifteen years, and leads seminars, appears on panels at writing conferences, and, with fellow members of the Liars Club, cohosts a monthly writers' coffeehouse and the weekly Oddcast, a podcast devoted to writing and other creative endeavors.

Jones's work has been translated into seven languages and has appeared in magazines, such as American Woman and Glamour. Jones is a member of the Authors Guild, Mystery Writers of America, International Thriller Writers, and the Philadelphia Liars Club. The mother of two and grandmother of one (so far) lives with her husband in Philadelphia, where she is an avid rower on the Schuylkill River and a member of Vesper Boat Club. Visit her at MerryJones.com.