Four girls are born together but, they are not identical. They are named Claire and each has a different ability. One can see visions of the future, another can feel another person's pain, one can tap into the spirit world, and other has clear knowing.

This novel was my foray into the Ascenders series. The writing style was engaging and easy to get into. I was in between loving this novel and liking it. The story was very engrossing read about four young women trying to change their destiny. Since I am new to the series, I felt like I was missing some story nuances on the characters. There were some portions of the novel that felt strange and completely unbelievable. For example, the way Claire C. slaps a student on the face in front of the school's administration. Instead of being punished, I felt like the Claires could do whatever they want. I had a hard time understanding how they can try to do nice acts to save themselves but, be so cruel to people. Then they start becoming annoyed when someone was being cruel to them but, they are cruel to other people for no reason. I think if I read that other books in the series, the Claire characters would be more clear to me. I can't wait to read the other books in the series.

Praise for THE ASCENDERS SERIES

"Teenage angst like you've never seen it before." —MTV.com

"I wish I could go back and read it again and again - not knowing what would happen." —MUGGLENET.com, the world's largest Harry Potter site. 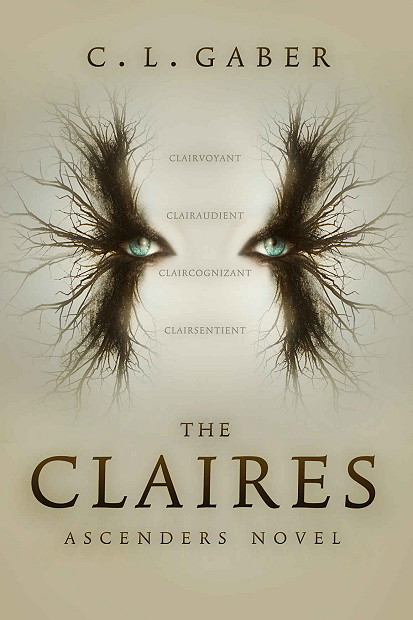 Four beautiful girls. Quadruplets. They are not identical.
But each is named Claire.
Claire V is Clairvoyant—clear seeing with visions of the future.
Claire S is Clairsentient—clear feeling as she embraces another’s pain.
Claire A is Clairaudient—clear hearing to tap into the spirit world.
Claire C is Claircognizant—clear knowing with 100% accuracy.

Born in 1911, they first died together in 1928 at age seventeen. Two months later, they were reborn. And reborn. THE CLAIRES only live to seventeen and then they’re violently murdered. Somewhere in the world, a woman finds out she’s pregnant with quads. The Claires return to a new family as they try to break a curse that guarantees they die young.

It’s current-day Los Angeles, and once again, their seventeenth birthday is looming. Can they save themselves, clean up the streets in the name of penance, and crash their own prom?

The Claires is the first novel spin-off of the best-selling Ascenders Book Saga. Also available in paperback starting on January 14, 2020.

You can purchase The Claires: An Ascenders Novel at the following Retailers: 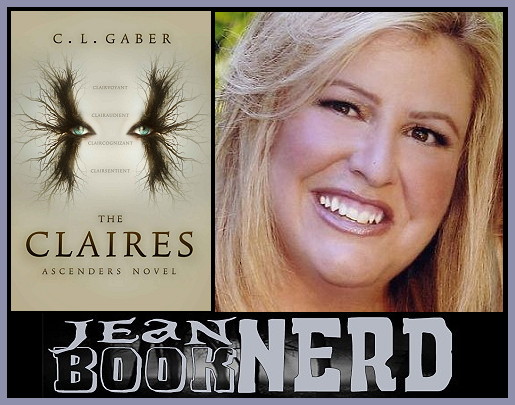 I’m C.L. Gaber, an author and film journalist for the New York Times Syndicate and Chicago Sun Times. I also co-authored Jex Malone series. Originally from Chicago, I make my home in Nevada with my husband, bonus daughter and two unruly dogs.

My husband knows that Ascenders began with me in bathroom half the night writing on tiny notepads because I didn’t want to wake him. When daylight did roll around, I told him, ”Baby, I had the most incredible dream”.