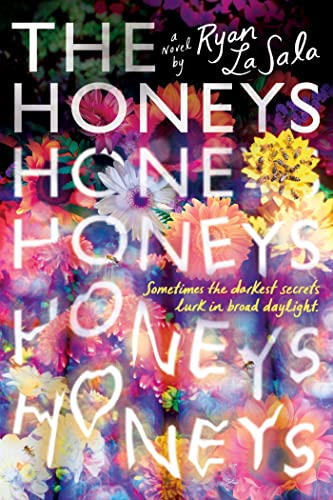 Mars always felt that he was the lesser twin. He was always in his sister, Caroline's, shadow. However, when Caroline dies in a horrible accident, Mars is determined to learn more about his twin. The pair were once inseparable but, sister has slowly grown distant from him.

Mars considers himself to be gender fluid. His politically connected family often excludes him from traditions and expectations because of it. He was excluded from attending the prestigious Aspen Conservancy Summer Academy that her sister loved attending. Mars is still trying to cope with her death and insists on attending the academy in her place.

Mars realizes the camp atmosphere and what it stands for isn't for him. The adults and children still follow outdated old fashioned gender roles along with allowing predatory behaviors among the campers. Mars seeks out Caroline's old roommates, a group of girls called the Honeys. They were named after the beehives they maintain near their cabin. Mars feels drawn to them but he is certain that they are connected to Caroline's death.

I found the novel to be an entertaining read. Mars was a delightful character and I love his witty banter with Wyatt.  In the beginning, the description of the Honeys and certain situations pulled in readers and kept them there and left them wanting to know more. However, I felt like some parts of the book stalled and felt a bit disjointed. I did enjoy the story but, I can't put my finger on why I didn't love the story especially, since I liked Mars as a character. I would be open to reading more books by the author though.