Renaissance Raines has found her place among the psychopomps. She is one of the guides who leads the recently departed souls through the Seven Gates of the Underworld. Renai tries to focus on getting her souls through the gate and avoid any unwanted attention from gods and mortals. However, when a young boy named Ramses St. Cyr manages to escape his fate of dying, Renai finds herself in the middle of the devious plan. Renai has to figure out who has the power and will to go against the Thrones to help Ramses slip free from death.

I liked how the author wove elements from different mythologies across cultures seamlessly into the story. I loved reading a bit of each different mythology that was included at the beginning of the chapters. However, there were a few things that I didn't like. I felt that the author was very wordy and I ended up getting lost and had re-read the paragraph again and that took away from the experience the author was trying to garner. Also, the first portion of the book felt completely different from the rest of the book because the last three parts of the book were littered with vulgar language which took me by surprise. Overall, the book was an imaginative journey mixing mythology and adventure together.


**Disclosure - I received a free  copy of this book in exchange for an honest opinion. This post may contain affiliate links which means I earn advertising and/or referral fees if you purchase an item through my link. Please note, there will be no extra charges to you. Thank you for your support.**

Praise for GATHER THE FORTUNES


"Camp’s prose is suspenseful and rich with feeling, highlighting an incredible heroine. VERDICT: Full of magic and numerous mythologies but still tied to the lush New Orleans setting, this Crescent City is one readers will not want to leave." —Library Journal, STARRED

"Savory...Renai’s second outing is as raucous as her first, and the magic is just as double-edged and slippery... Renai is a real standout of a heroine, a powerful African-American woman cutting through bad or desperate situations in living and dead realms of increasing chaos, armed with snark, courage, and a storm of magic drawn from deep within her. This will be a feast for all lovers of urban and dark fantasy." —Publishers Weekly, STARRED

"The second Crescent City book (after The City of Lost Fortunes, 2018) once again displays Camp's ability to weave different mythological beliefs in fascinating ways. Readers will relate to Renai as she learns her most trusted guides are unreliable in this fast-paced urban fantasy." —Booklist, STARRED

"In this second installment of his Crescent City urban fantasy series, Camp raises the stakes and broadens the scope of his alternate world...the richness and inventiveness of Camp's vision and the vivacity, warmth, and compassion of his leading woman keep you alert to whatever's happening next. As with the real New Orleans, once you leave this creepier but just as colorful variant, you'll be eager to go back." —Kirkus Reviews

“The magic and mythological heft of Bryan Camp’s debut doesn’t lose any momentum in Gather the Fortunes. He captures the essence and resilience of a still healing New Orleans by digging into the parts of a city too often ignored by the well-to-do and powerful. If The City of Lost Fortunes was a love letter to New Orleans then its next installment is an Earl King blue’s song.” —Brent Lambert, editor at FIYAH Magazine 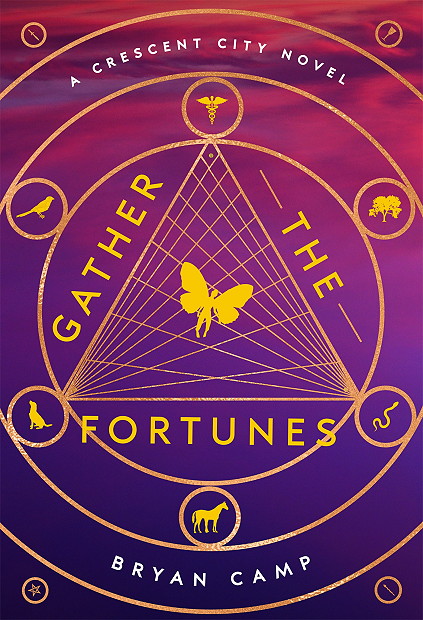 Renaissance Raines has found her place among the psychopomps—the guides who lead the souls of the recently departed through the Seven Gates of the Underworld—and done her best to avoid the notice of gods and mortals alike. But when a young boy named Ramses St. Cyr manages to escape his foretold death, Renai finds herself at the center of a deity-thick plot unfolding in New Orleans. Someone helped Ramses slip free of his destined end -- someone willing to risk everything to steal a little slice of power for themselves.

Is it one of the storm gods that’s descended on the city? The death god who’s locked the Gates of the Underworld? Or the manipulative sorcerer who also cheated Death? When she finds the schemer, there’s gonna be all kinds of hell to pay, because there are scarier things than death in the Crescent City. Renaissance Raines is one of them.

You can purchase Gather the Fortunes at the following Retailers: 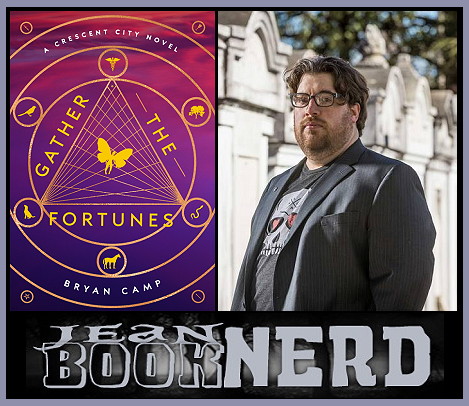 Bryan Camp is a graduate of the Clarion West Writer’s Workshop and the University of New Orleans’ Low-Residency MFA program. He started his first novel, The City of Lost Fortunes, in the backseat of his parents’ car as they evacuated for Hurricane Katrina. He has been, at various points in his life: a security guard at a stockcar race track, a printer in a flag factory, an office worker in an oil refinery, and a high school English teacher. He can be found on twitter @bryancamp and at bryancamp.com. He lives in New Orleans with his wife and their three cats, one of whom is named after a superhero.