Book Review - Come Back to Me (Waters of Time, #1) by Jody Hedlund 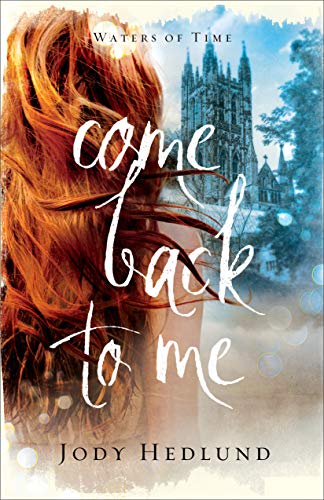 Marian Creighton doesn't believe there is an ultimate cure that could cure any disease. She doesn't believe in her father's quest to find the cure for the disease that killed their mother and has affected her sister. However, Marian's father falls into a coma after drinking a vial of holy water that is believe to contain trace residue from the Tree of Life. Marian begins to question everything she thought she knew. Marian tries to study the clues that her father left behind to see if he crossed back in time. She didn't think it was possible until she found herself back in time during the Middle Ages.

William Durham is a knight for the king and comes to Marian rescue. He is willing to offer protection if she becomes his wife. As Marian stays longer in the Middle Age, she begins to care for William. Will she find a way to return to the present?

I thought the book had an interesting premise but, I didn't quite care for the book. I was more than one third of the way done before I lost interest in the novel. I felt like it was boring and moved very slowly. If you like time traveling romance novels with hints of medical drama, then this would be a good read for you.

Email ThisBlogThis!Share to TwitterShare to FacebookShare to Pinterest
Labels: Come Back to Me, family, healing, Jody Hedlund, marriage, time traveling, Waters of Time