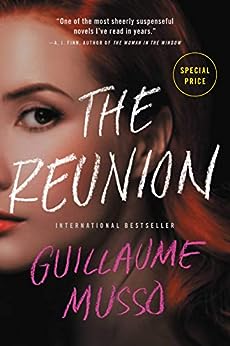 Manon, Thomas, and Maxine were best friends but, they stopped talking to each since graduation. Twenty five years earlier, the three of them committed a murder and they buried the body in the gymnasium wall. The wall is now being slated to be demolished to make way for a new building. The three friends have to decide what they will do about their secret before the body is discovered.

I thought the book was an interesting read. I had a hard time following some of the references and I felt like I was missing some nuances. The book did  move a bit slow at times but, I found the ending to be a surprise. I personally didn't care for the main character because he literally wrapped his entire life to a person who didn't really care for him. And several times I was curious how he could trust certain people so blindly. I would be opened to reading more books by the author.
Posted by Two Points of Interest at 9:00 PM