Book Review - The House of Whispers by Laura Purcell 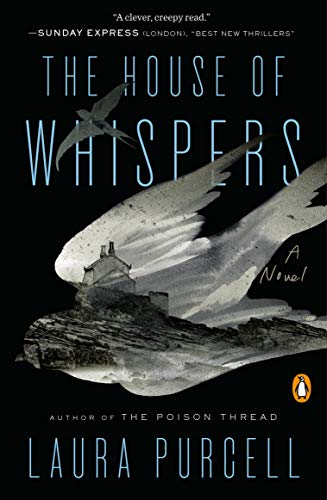 Louise Pinecroft has lost most of her family to consumption. Only she and her father were left unscathed but, they are incredibly lonely and heartbroken. Here father, Dr. Pinecroft, decides that he will run an experiment to prove that he can cure the disease that killed his family. He believes that the sea air can cure consumption. He arranges for a group of prisoners who have been ravished by consumption to stay in the caves under his new Cornish home. While he devotes himself to the experiment, Louise finds herself surrounded by a maid who is convinced that fairies will take people from their homes.

Forty years later, Hester arrives at Morvoren House to become a nurse for the partially paralyzed and mute Miss Pinecroft. Hester takes the position because she is running from her past. However, she finds herself surrounded by superstitious staff who conducts weird rituals and mysterious events occur during the night. Will Hester's past come back to haunt her?

I have read a few books by the author so, I was excited to read this book. However, I was disappointed how boring this novel was. I felt like the author built up the story line but, the ending was very unsatisfying as it didn't really answer anything. The story is told across three different timelines and each add a bit to the story but, the author failed to make them into a cohesive and enjoyable story.