“A splendid tale of faery magic and adventurous siblings, all told in gorgeously rendered watercolor panels: this is exactly my kind of thing.” —Ben Hatke, author and illustrator of the New York Times bestselling Zita the Spacegirl trilogy

“It’s got dragons. It’s got drama. It’s got depth. And it’s got me impatiently awaiting Ethan M. Aldridge’s next eye-popping adventure.” —Tim Federle, award-winning author of Better Nate Than Ever and Five, Six, Seven, Nate!

“A compelling story about finding identity in a world where magic dangers lurk just around the corner. I loved Estranged!” —Molly Ostertag, author-illustrator of The Witch Boy

“As richly imagined in the full-color illustrations, the worldbuilding is both accessible and as familiar as those genre stalwarts… this should easily resonate with preteen and teen fans of both Holly Black and Neil Gaiman.” —Kirkus Reviews

“Worthy of inclusion in any fantasy collection.” —School Library Journal

“[F]un, daring, and dark...with themes and art that fall into the realm of Neil Gaiman, Michael Ende, and Jim Henson. Coupled with the beautifully toned watercolor art, the interdependence of and tension between the two protagonists makes this book stand out.” —Publishers Weekly

“The deliciously captivating start to this adventure series will leave readers hungry for more.” —Booklist 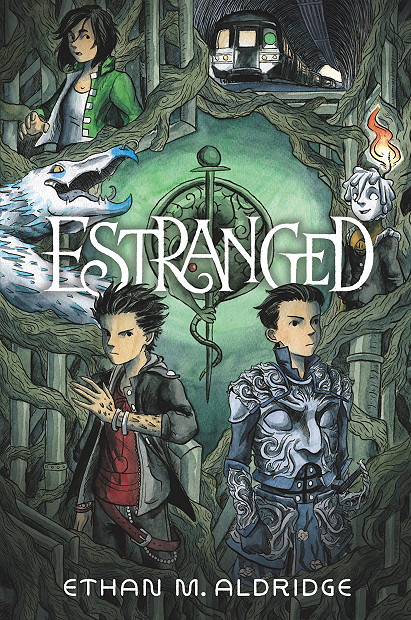 Edmund and the Childe were swapped at birth. Now Edmund lives in secret as a changeling in the World Above, with fae powers that make him different from everyone else—even his unwitting parents and older sister, Alexis. The Childe lives among the fae in the World Below, where being human makes him an oddity at the royal palace, and where his only friend is a wax golem named Whick.

But when the cruel sorceress Hawthorne takes the throne, the Childe and Edmund realize that the fate of both worlds may be in their hands—even if they’re not sure which world they belong to.

You can purchase Estranged at the following Retailers: 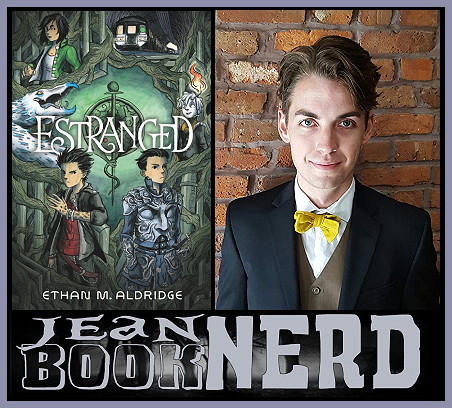 Ethan M. Aldridge is a bestselling author and illustrator. He is the creator of the fantasy graphic novel ESTRANGED (a Junior Library Guild selection, Indie Bestseller, and YALSA Great Graphic Novel For Teens), and it's follow up THE CHANGELING KING (coming fall 2019).

Ethan was raised in a small town in Utah. Growing up, Ethan’s favorite things to draw were monsters and whatever dinosaur he liked that week. He now does more or less the same thing for a living. Ethan lives in New York City with his husband, Matthew, and their dog, Kitsune.

Ethan has had the pleasure to create work for HarperCollins Publishers, Penguin Random House, and EA Games.

*JBN is not responsible for Lost or Damaged Books in your Nerdy Mail Box*
a Rafflecopter giveaway
Posted by Two Points of Interest at 3:00 AM