“Gregg Olsen's Envy is a riveting page-turner that I could not put down. Like Jay Asher's Thirteen Reasons Why, Envyexplores a serious topic--cyberbullying--in a fantastic, well-crafted story. Can't wait for the next Empty Coffinnovel!” ―Nancy Holder, New York Times bestselling author of the Wicked saga, Dear Bully contributor

“Gregg Olsen's Envy offers an interesting view on the devastating effects bullying can have, not only on the individuals involved from both sides, but on the community at large.” ―Bree Despain, author of The Dark Divine trilogy

"Sure to spice up your reading repertoire!" ―GirlsLife.com

"Olsen's characters jump to life and his plots are so intricate you never see the killer coming….a definite hit!" ―RT Book Reviews

“Dark and addictive…” ―Jordan Dane, critically acclaimed author of In the Arms of Stone Angels

"GRABS YOU BY THE THROAT." ―Kay Hooper 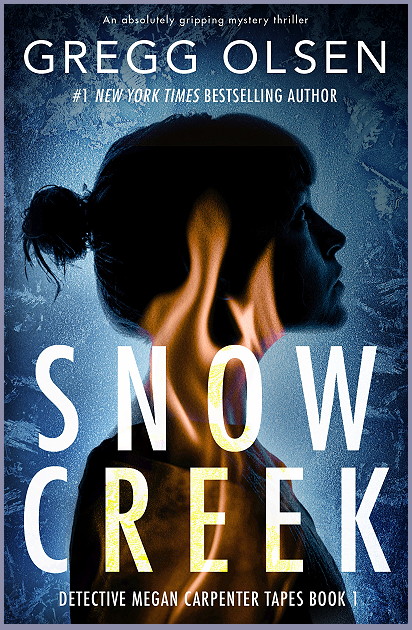 Footprints were scattered about like fallen leaves. She looked down into the ravine, and once more her lungs filled with fear. A body, blackened and motionless lay splayed out in the bushes.

Detective Megan Carpenter is no stranger to evil. Escaping the horrors of her old life, she’s vowed never to let anyone hurt her or those she loves ever again. Joining the small police force in Jefferson County’s Port Townsend, Megan is determined to get every victim of a crime the justice they deserve.

So when Ruth Turner walks into the Sheriff’s office claiming her sister Ida Watson has been missing for over a month, Megan’s instincts tell her that she needs to do more than just file a report.

Arriving at a secluded farmhouse in the hills above Snow Creek, she finds Ida’s teenage children alone and frightened.

Then a few days later, close to the Watsons’ home, the blackened body of a woman is discovered in an abandoned pickup truck.

Megan must unravel the disturbing secrets of the isolated Snow Creek community if she is to catch the killer.

But Megan has dark secrets of her own too…

Hidden in the back of her closet is a box of tapes containing every single recording of her therapy sessions with Doctor Albright over thirteen years ago. As Megan begins to play the tapes, she’s taken straight back to her terrifying childhood, back to the time she was a kid called Rylee, fighting to survive.

Can Megan finally confront the past she’s spent years trying to block out and will listening to her own painful story help her solve the complex case she is now entangled in?

You can purchase Snow Creek at the following Retailers: 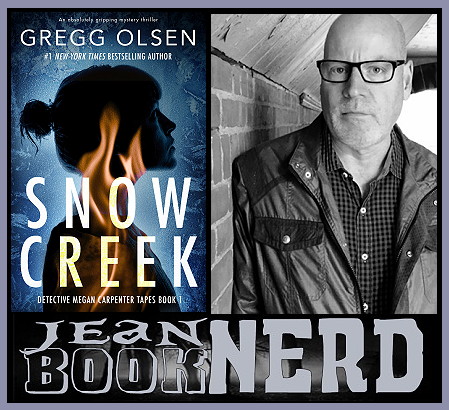 Throughout his career, Gregg Olsen has demonstrated an ability to create a detailed narrative that offers readers fascinating insights into the lives of people caught in extraordinary circumstances.

In addition to television and radio appearances, he has been featured in Redbook, USA Today, People,Salon magazine, Seattle Times, Los Angeles Times and the New York Post.

The Deep Dark was named Idaho Book of the Year by the ILA and Starvation Heights was honored by Washington's Secretary of State for the book's contribution to Washington state history and culture. His Young Adult novel, Envy, was the official selection of Washington for the National Book Festival.

Olsen, a Seattle native, lives in Olalla, Washington with his wife, twin daughters, three chickens, Milo (an obedience school dropout cocker spaniel) and Suri (a mini dachshund so spoiled she wears a sweater).