Book Review - The Girl I Used to Be by Mary Torjussen 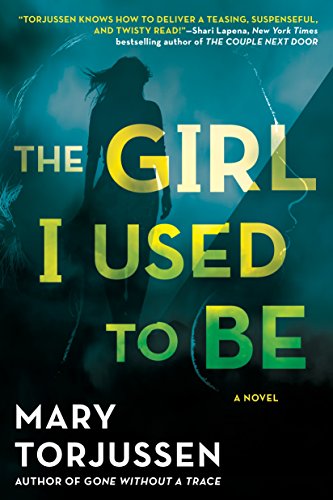 Real estate agent Gemma Brogan spent the night having dinner with a prospective client. The next morning, she is annoyed with herself for drinking so much and having a hangover.  During the span of a few days, Gemma starts receiving mementos from the night. There is a photo with her kissing someone. Then a video of her complaining about her family. The gifts start getting progressively worse and Gemma has no recollection of that night.

As Gemma starts receiving more threatening and compromising photos, she is worried about her already shaky marriage. She begins to feel helpless like her life is spinning out of control.  Gemma begins to remember a night that happened years ago that changed her life.

The book had an interesting premise but, it was a bit predictable. I was able to figure out who was behind the blackmail scheme. The blackmail scheme wasn't very serious but, more an annoyance. I am surprised that Gemma made it a bigger deal than it really was. I supposed that she was worried about the state of her marriage but, she was consistently telling bigger lies to cover up small truths.  The characters were okay but, I found myself annoyed at Gemma. She kept being timid and cowardly with everyone including her husband and employees. She let her own employees tell her what to do. I understand that this was relating to an incident in her past but, it didn't make it less enjoyable.  I may read other books by the author.