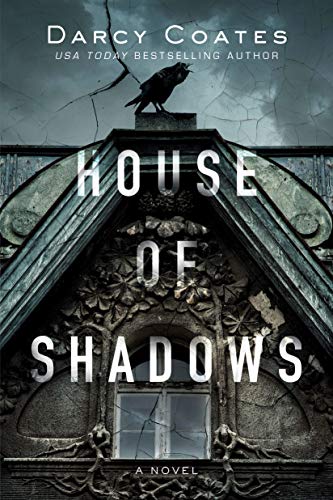 Sophie has grown up in a privileged world. However, that all changes when a disaster bankrupts her family. As Sophie tries to come terms with news, an unexpected solution appears. A wealthy stranger, Mr. Argenton, asks for her hand in marriage. Sophie knows if she marries Mr. Argenton it will save her family's fortune and from scandal. Sophie is torn because she knows she will have to leave her family and live in Northwood, a vast and dark mansion that is hours away from civilization.

She struggles with her new life as the mistress of the cold and desolate mansion. Her new relatives are distant and cold, while Mr. Argenton is keeping secrets. Sophie feels that there is something wrong with the house and it feels unnatural.

She hears a piano play during the middle of the night but, no one in the house plays. The house drips blood from the ceiling and she feels a dark and cold presence. Sophie begins to learn that the house is haunted and the house doesn't like intruders.

Sophie feels trapped at Northwood and she is desperate to escape. She wants to leave but, she is unable to leave Mr. Argenton behind. She finds herself drawn to him and suspects he feels the same way about her. However, she knows that the secrets that Mr. Argenton keep might cost her life.

I have quite a few of the author's novels and I have enjoyed them. This book is part of a series and it was an interesting read. However, I had a hard time liking Sophie. I felt like the character was weak and pathetic and she turns hysterical over everything. When Sophie finally grew a backbone, it was unrealistic and out of character for her. I thought it was unrealistic how quickly Sophie fell in love with Mr. Argenton when they mostly kept their distance and she knew he was keeping secrets.  I didn't understand why Sophie kept the odd behaviors of her husband's family a secret when he was nothing but understanding towards her.
Posted by Two Points of Interest at 9:00 PM