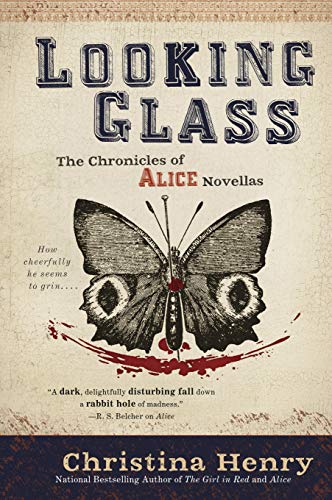 Elizabeth is a young girl who lives in New City who has a secret. She can do magic but, someone has learned her secret who has an hidden agenda of their own. They want to release a butterfly that was supposed to be locked away forever. That butterfly was once known as the Jabberwock.

Alice and Hatcher are looking for a place to call their own. They dream of their own place by the lake that is surrounded by a field of wildflowers. During their journey, they end up being caught in a severe snowstorm. Alice comes across a house that seems empty and abandoned.

Hatcher had a past life before he became known as Hatcher. He was once known as Nicholas. He was one of the best fighters in New City. He has never lost a match until, his boss wants him to fight a person who never left their opponent leave the ring alive.

As Alice and Hatcher continue looking for their new home, they come across a village in the mountains. The village inhabitants all fear and hate magic. Anyone who is caught practicing magic in the Village of Pure will be punished.

The book is composed of four novellas that are separate stories but, they are also interconnected. I didn't realize that this book was a part of a series. I felt that the book can be read as a standalone but, I felt like I was missing some nuances. I liked all four stories and found them entertaining. I think I might read the other books in the series to get the full story behind the characters.